Making a shoot ’em up boss battle was an assignment to learn C# scripting. Before making this game I had only made a small tower defense but I quickly learned the language and really liked working with it. I wanted to focus on just the C# part and decided to use very basic visuals, inspired by the iOS game ‘Monument Valley’. 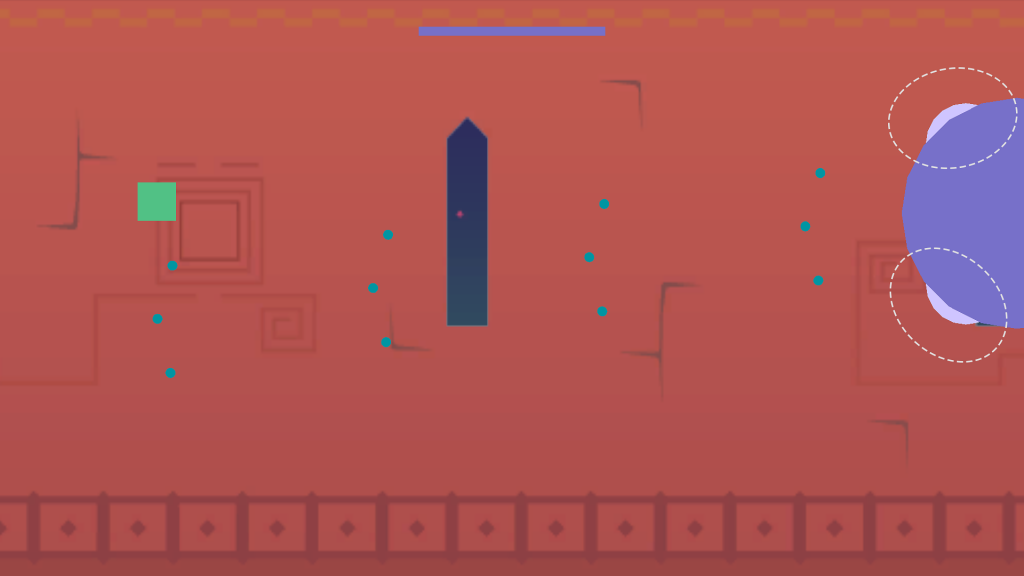 In the first phase the boss moves up and down while shooting straight to the left. The player must shoot and destroy the weak spots (the two glowing parts) on the boss to progress. 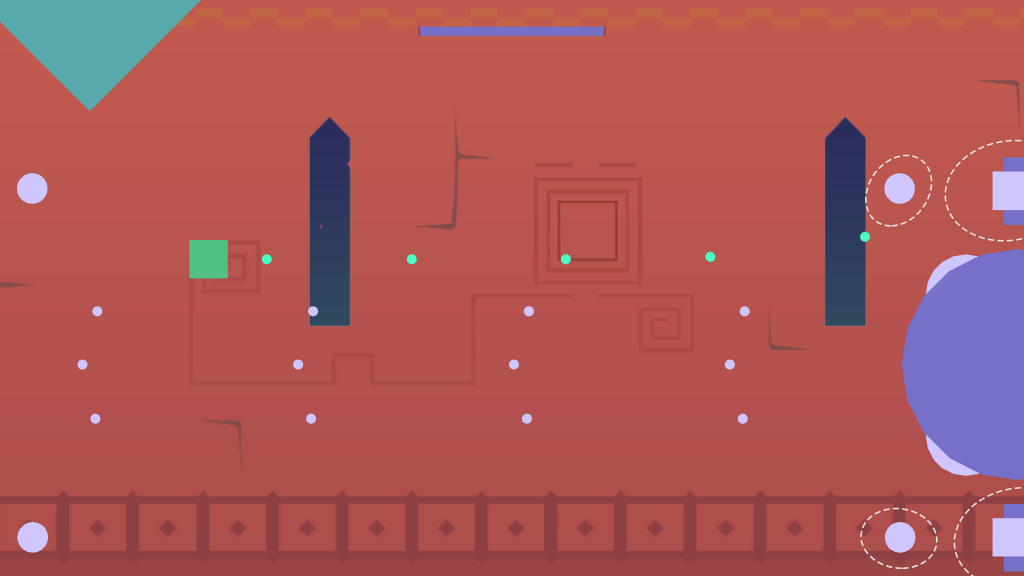 The boss enters a second mode from time to time during its first phase which shoots larger projectiles from cannons that enters from the right. The player can choose to destroy these to make it easier, or simply avoid them and focus on the weak spots. 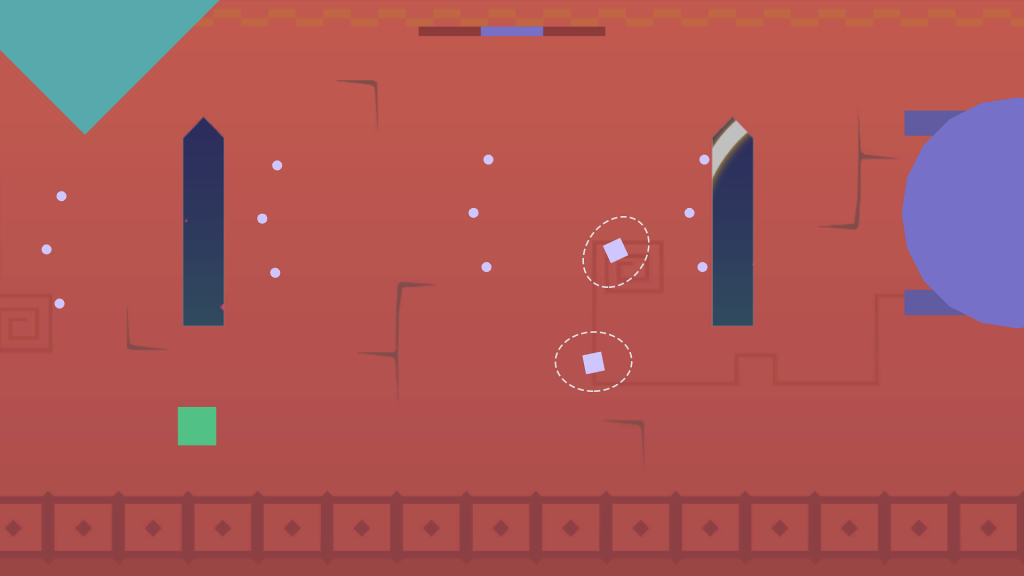 When the player has destroyed both weak spots the boss enters its final phase and starts shooting large, fast projectiles straight towards the player. The player need to shoot straight at the boss to finish it off.