Summary
A left 4 dead 2 map called ‘Metro’ set at a subway station. Created for a game mode called survival where up to 4 players must co-operate to survive hordes of zombies for as long as they can. The idea that I had in mind when I started working on the map was that I wanted to make a small subway station with 2 platforms and with zombies flooding the tunnels. I wanted the players to feel overrun and never really safe.

Design process
I started by blocking out just the train platforms and the room connecting them. But after walking around in it and testing it I quickly noticed that size of the map was too small and not that varying, so I decided to add an upper floor which would be the entrance hall. 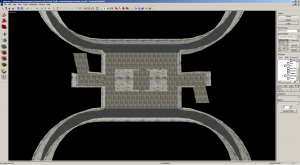 The train platforms on the lower level. 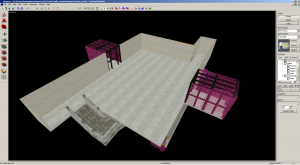 I wanted the basic layout of the map to be very simple and symmetrical, and then work with props and decals to differentiate the different sides. So the players would have a general idea of the layout even though they might not have seen the whole map yet. 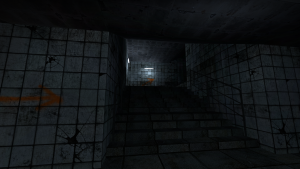 To differentiate the both staircases I made one with two lights on the wall, one of which is flickering. 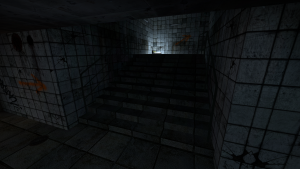 In the other staircase the lamps are broken and it’s instead lit by a lamp on the floor. 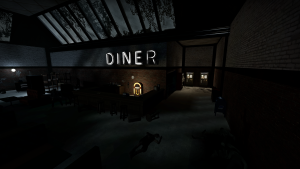 The waiting hall has a diner with yellow light coming from the jukebox near one of the staircases, and a large sign above it. 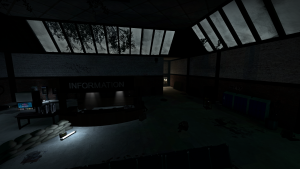 The other staircase is identified by the information desk with its sharp spotlights. 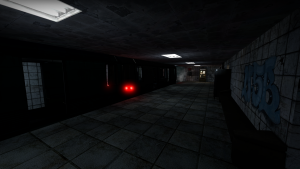 I added a trainset to one of the platforms to make it easy for players to separate the two sides. 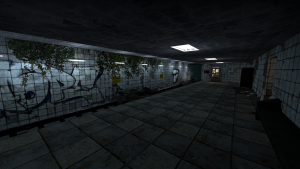 At the other platform there are debris and some eye catching graffiti. 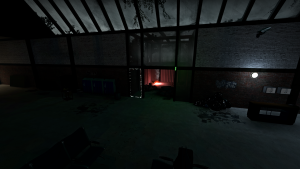 There are also two glass covered hallways on the long sides of the building. On the floor in one of them, there’s a flare which flickers red 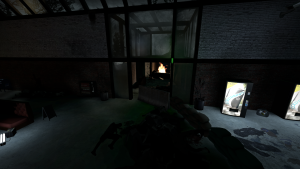 In the other, a pile of zombies is burning.

On the lower level the zombies come from all four tunnel openings, and both of the staircases. The only defensive point that isn’t too dangerous is the train. I placed a chainsaw in one of the carts to draw players attention to the train so that they could go inside and make a stand.
On the upper level the zombies can come from the staircases, the upper glass walls in the hallways, the roofs of the hallways, and from the middle skylight. One of the hallways also has a container through which the zombies can enter the building, but it requires that they run through a fire which can ignite them.

I wanted the players to keep moving at all time and rotate through the map and the different safe spots. As they start on the lower level, which has a lot of gear available, players often make their first stand there as well. To force the players to retreat to the upper level I’ve scripted some extra zombie waves that come from all tunnels after a few minutes.

At the upper level there can be some safety found at the reception where they also find the only source of ammo without going downstairs but the main defensive point is behind the diners counter. To prevent too much camping here I added a breakable segment of the wall, which a tank can destroy to open up a passage for the zombies.

When the players walk in the middle of the room there is often the threat of a smoker on the roof pulling them up through the skylight, this is also common in the hallways.

I loved to create small stories with props and decals in the environments, to make the player feel like there used to be people living at the station before it got overrun by zombies. To make the map truly feel alive I added ambient soundscapes for the different atmospheres of the map, I added wind so that the vegetation moves, and particles and flickering lights. I also made a trigger for the fire so that it can ignite the zombies when they run through it, resulting in very dramatic scenarios. 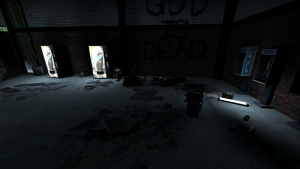 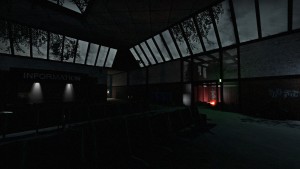 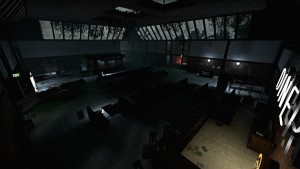 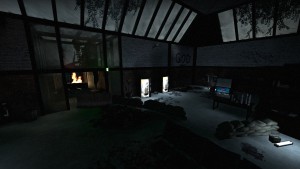 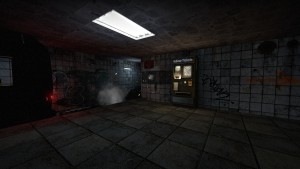 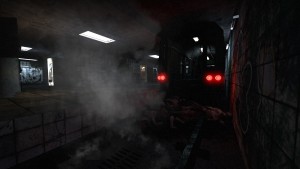 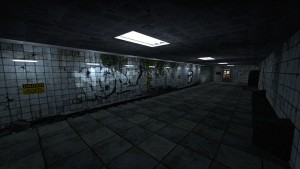 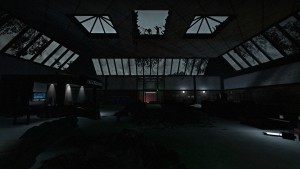 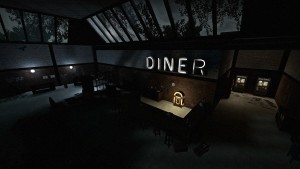