Summary
A bomb defusal map named ‘de_villaggio’ for Counter-Strike: Global Offensive. Before this I had never mapped for counter strike or any similar competitive game and wanted to take on the challenge of creating a map that could be played competitively. 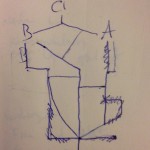 I started by drawing some abstract paths with pen and paper of how the spawns of the two teams would connect to the bomb sites and how the teams could rotate around the map. After choosing one of my sketches I started to block out in Hammer. 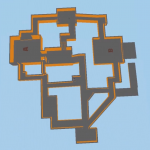 I started with the floors and tried to make an exact replica of the sketch, then I did some quick playtests to see if the teams reached the chokepoints and bombsites at the right time to create some interesting and balanced game play. I then added walls and some elevation to limit vision and create more interesting scenarios.
From this version of the map I got some feedback from classmates and friends, who play a lot of counter strike, and made some changes accordingly. 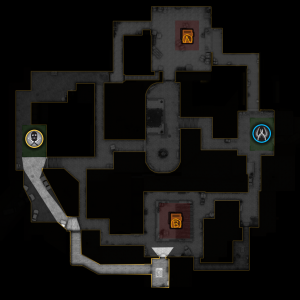 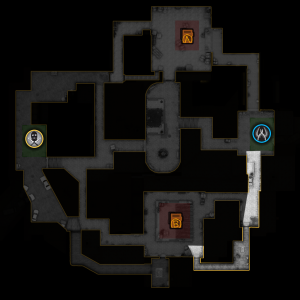 Then I started to add some props, mostly to the bomb sites and prepare for a first large playtest.

After the playtests I didn’t have to do any major changes so I started to build the scenery. I built the houses with roofs, windows, and doors, and added proper textures. I also made displacements in the grounds and painted blended textures to make it look more realistic.

Then I dressed the rest of the map and tried to make a balanced layout with covers for both teams.


I had some more playtests after the map was about finished to check some scenarios that I thought could need some change. Based on the feedback from these tests I made some alterations to specific locations of the map. To name a few: 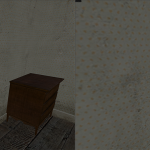 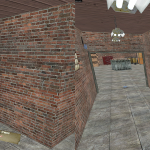 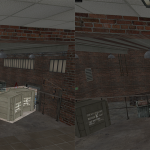 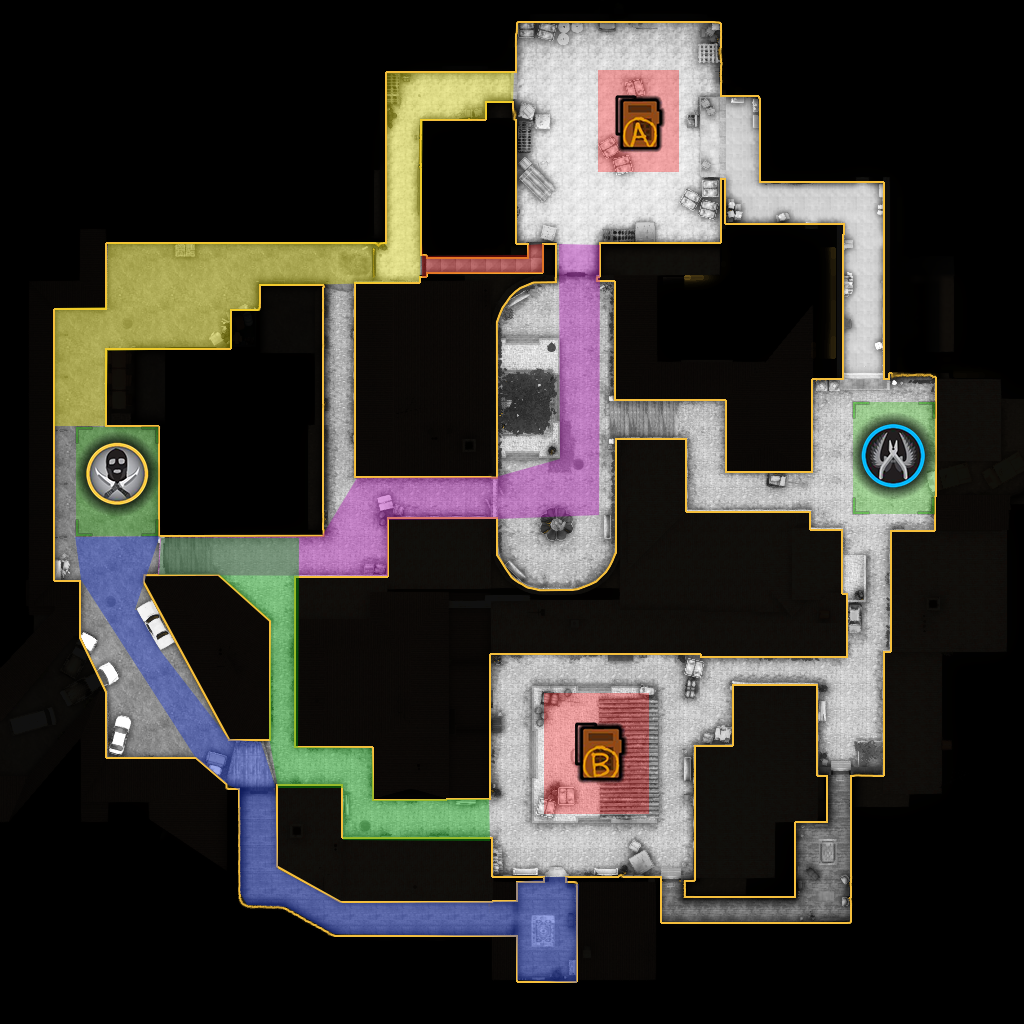 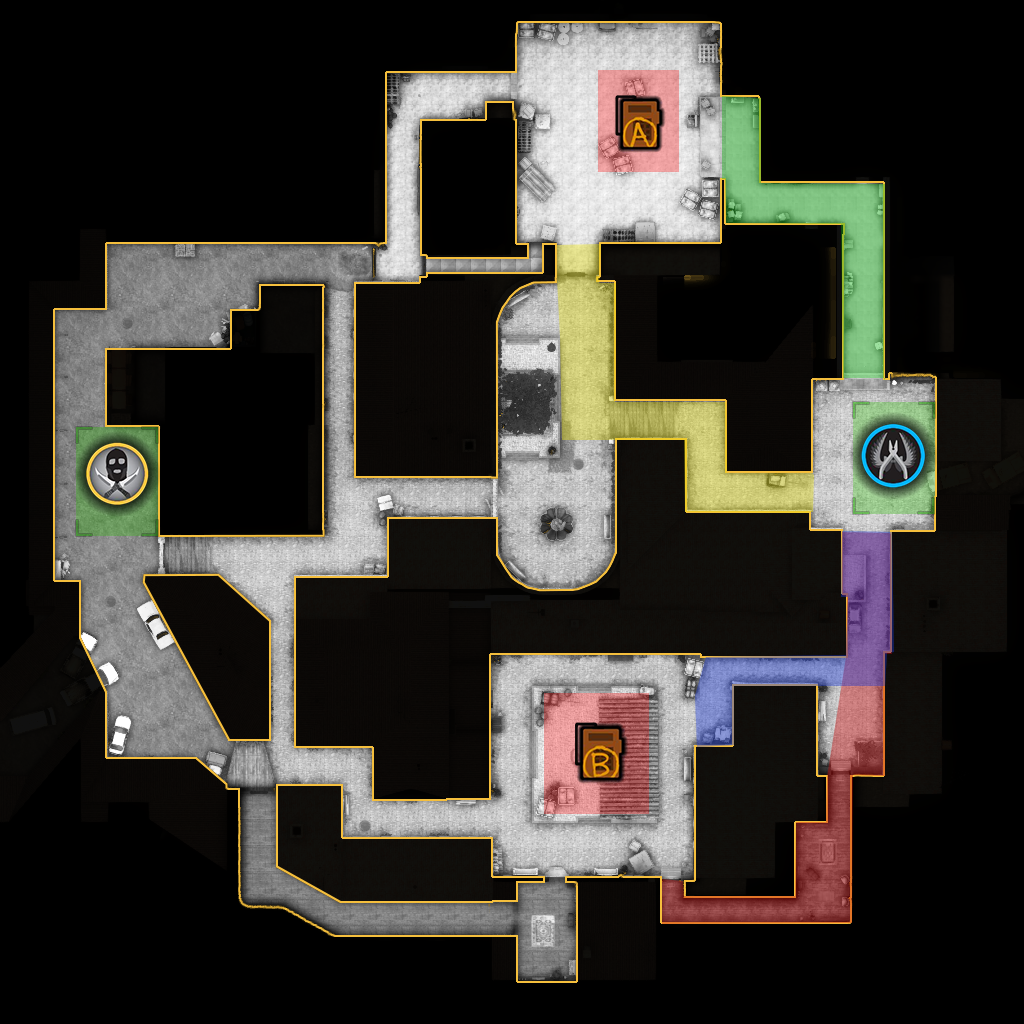 The terrorists can reach B either by going up the stairs through an alley (see green path).Or they can jump up a balcony, through an apartment and enter the site by jumping down a small balcony (see blue path). The alley makes a choke point since it’s quite long and doesn’t have much cover for the terrorists. But it’s a quicker way to reach the site than going through the apartment. The balcony is a longer way but the entrance to the site is quicker, though it can be risky since the terrorists really have to commit. The terrorists can reach site A either by going up the ramp, through the double doors, and over the middle square (see pink path). Or they can go through either the warehouse corridor (see yellow path) or the ventilation space (see red path). 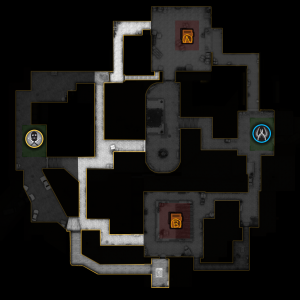 The terrorists can easy and fast move between the two sites without going through their spawn.

The counter terrorists have two ways of reaching both sites. To reach A they can go through the warehouse entrance and reach the balcony at the site from where they can jump down (see green path).Or they can go over the middle square (see yellow path).To reach B they can either go straight through the alley in to the site (see blue path), or through an apartment to get a different angle on the site (see red path). 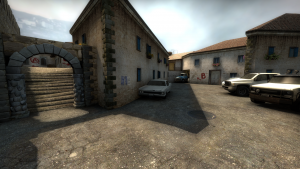 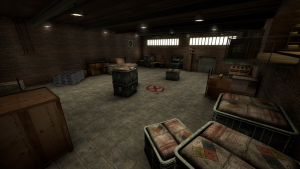 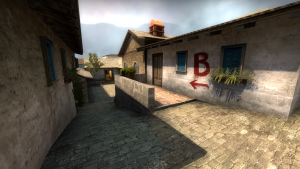 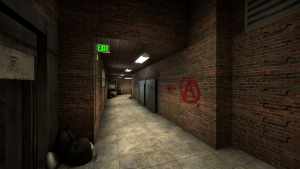 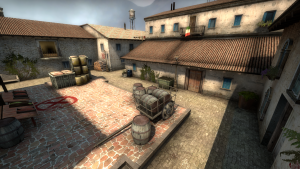 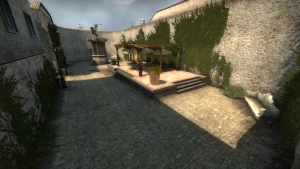 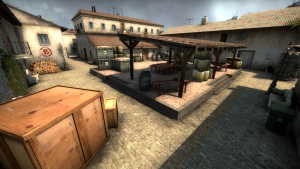 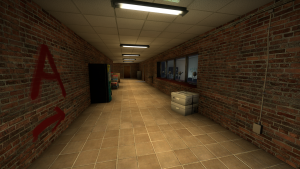